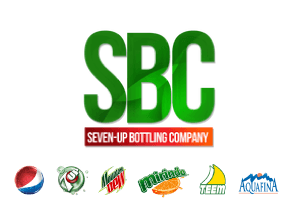 Nigeria – in front of Egypt and the South African Republic – is nominally the biggest economy on the continent, and also has the largest population: according to official estimations, 187 million people live there.

Lagos-based Seven-Up Bottling Company PLC is one of Nigeria’s largest independent beverage manufacturing and distributing companies. As an exclusive licensee for producing Pepsi, 7Up, Mirinda, Mountain Dew and Teem soft drinks in the area, it has 9 production facilities all over the country. End customers are served from one of the 200 distribution centers (depots). By counting indirect and direct workforce, Seven-Up employs 3500 colleagues in total.

In 2015, Seven-Up’s management decided to implement a field work system, which helps in:

– Optimizing the operation and stocks of the distribution partners,

– supporting, controlling and monitoring the sales, logistics and marketing operations in a country that is almost 10 times larger than Hungary,

– The system should be optimized to work with the widely available and known Android mobile devices.

As a result of the estimation carried out for the requirements above, and in light of FusionR SFA’s already existing references int he beverage industry, Seven-Up decided to award the project to R&R Software and it’s FusionR SFA system: the implementation project started during the June of 2016. An intensive, 3 week functional specification phase was followed by a 3 month implementation period, after which the „train the trainer” method was used to educate the local trainers, and the first users.

The outstandingly high user number – which might increase above one thousand in the following period – Seven-Up decided to opt for a „soft rollout”, started by running „pilot tests” with select groups of users.

R&R Software’s FusionR SFA system already proved its flexibility, and the adaptability of its supporting, controlling and monitoring functions at numerous local, and multinational companies.

The project proved that the professional attitude and experience of Seven-Up, and 15 years of continuous FusionR SFA development, paired with the state of the art implementation methodologies and remote work devices made a quality assured, efficient delivery project possible even in an environment significantly different from Europe.

The project is a significant milestone of R&R Software’s export strategy: its self-developed business applications, and the competency provided with them stood their ground in an international market competition.